Skip to content Skip to left sidebar Skip to footer

The City of Washington has a long and interesting history. A brief summary of the 20th Century is given under the link below.  These summaries were prepared by the Washington Historical Society. 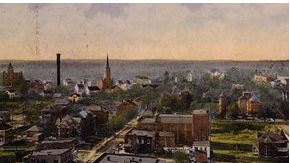 In the 20th century, the town was crowded with churches, schools, business houses, fine residences and the standpipe of the waterworks company. 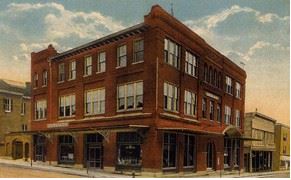 Furniture dealer Otto & Co. occupied a three (3) story building in the heart of the business district among bakeries, hotels, pharmacies and hardware stores. 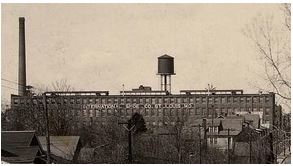 Industrialization of many Missouri towns began with the shoe industry branching out from St. Louis. In 1907 ground was broken for a shoe factory which became the largest employer in Washington. 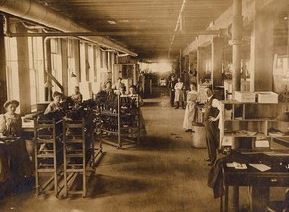 Employment opportunities were abundant in the shoe factory for women as well as men. 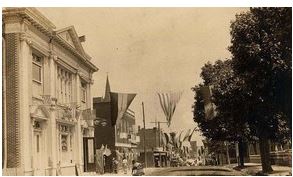 The Calvin Opera House, venue for drama, vaudeville and motion pictures, is decked out in bunting in preparation for the towns 75th Anniversary Celebration. 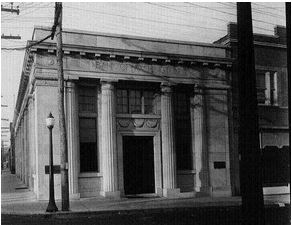 The Bank of Washington, founded in 1877, moved to its new Greek classic style building built in 1922.

With strong backing in the community the Sisters of St. Francis opened a hospital in 1927, which grew into a large medical complex known today as St. Johns Mercy Hospital. 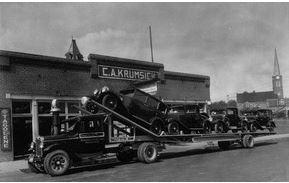 Progress and prosperity brought more and more demand for the automobile in Washington. Washington Carthage Co., brings new cars to the Dodge dealership. 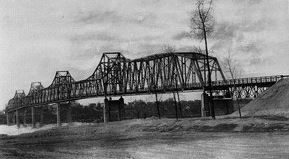 After Washington entered the automobile age the need for a bridge across the Missouri River was obvious. In 1936 a City -built bridge was finally opened to connect the town with Warren County and beyond. 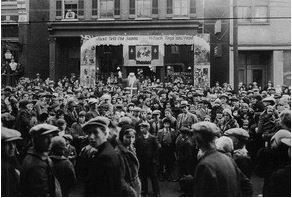 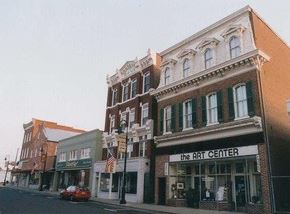 Seventy years later (70) downtown buildings have been adapted to modern use. The Art Center occupies the same building as the Kruels Racket Store in the previous picture.